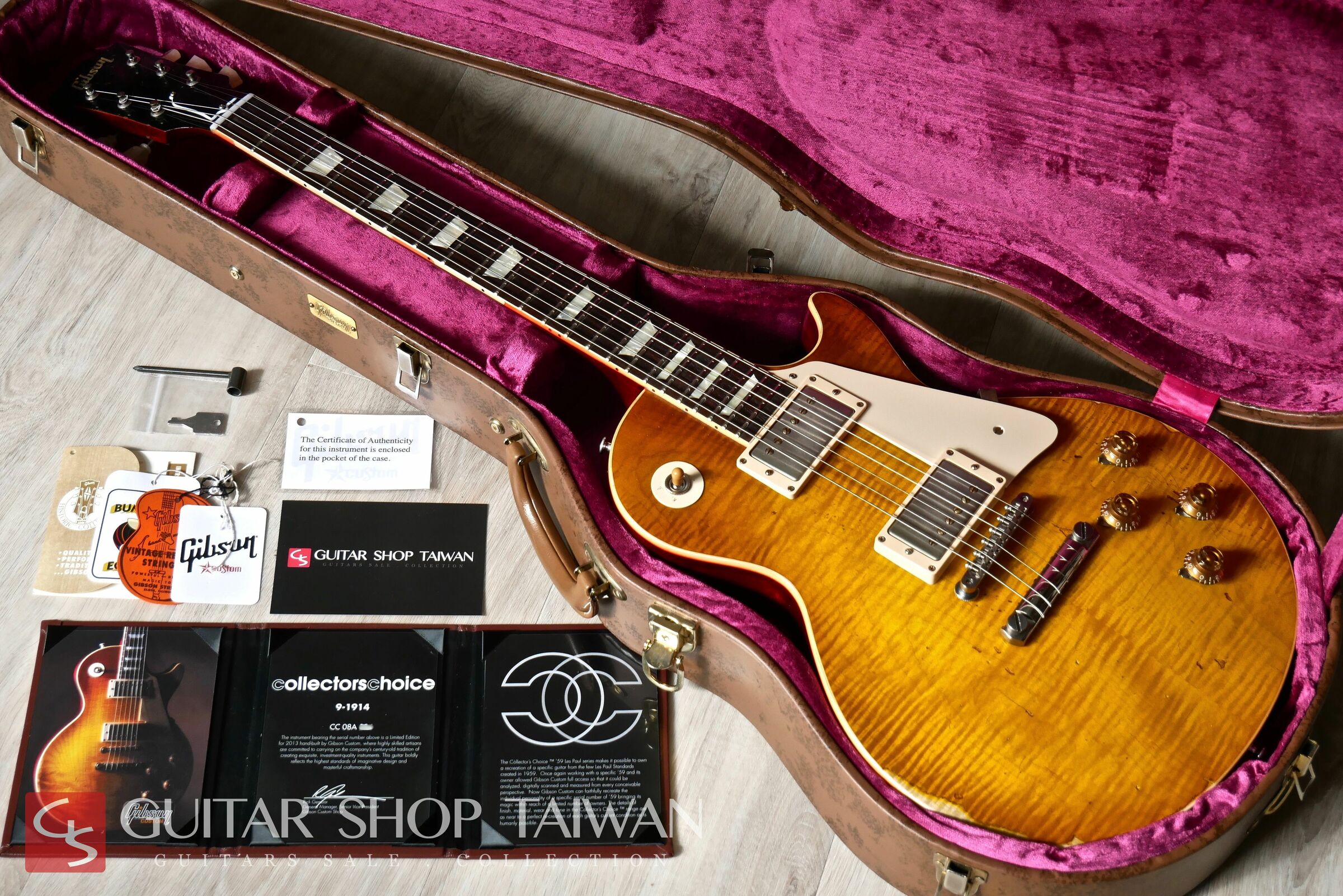 2013 Gibson Custom Shop 1959 Collector's Choice CC#8 "The Beast" Aged. Limited run of 300. The guitar is in excellent collection as a collection.

The shipping fee includes insurance. We usually declare low value on the shipping invoice and the insurance will follow the full value of the goods.

Gibson Custom’s Collector’s Choice series is devoted to painstaking replication of choice original vintage Les Pauls. As a result, these guitars bring players and collectors closer to owning a specific, existing vintage Les Paul than anything else available on the market. The latest in the series—Collector’s Choice #8 1959 Les Paul “The Beast”—embodies everything that made the 1959 Les Paul legendary in the first place, in the exacting image of a true workhorse ’Burst that has toured the stages and studios of the world in the hands of a legendary rocker. British guitarist Bernie Marsden is one of rock’s true road warriors. As a founding member of Whitesnake and guitarist with several other bands, projects, and notable solo artists, Bernie has laid down some of rock’s hottest riffs for more than five decades, and his prized 1959 Les Paul, serial number 9–1914, has been there through it all. Through the collaboration between the craftspeople at Gibson Custom and the generous cooperation of owner/artist Bernie Marsden himself, this hallowed ’Burst now comes to life in a strictly Limited Edition with a maximum of 300 guitars, all representing every detail of this road-tested veteran, from its faded “Dirty Lemon” finish, to its patina and playing wear—and most of all, its feel and tone.

The process of creating a Collector’s Choice guitar involves detailed hands-on analysis of the original, along with intimate digital scanning and precise measurement of every output and specification. The exceptional accuracy used to craft Collector’s Choice™ #8 1959 Les Paul “The Beast” includes attaining similar lightweight, one-piece mahogany bodies and similarly figured carved maple tops, recreating the precise beefy ’50s neck to match the original’s distinctive and individual profile, and developing a custom-wound set of pickups that includes a Burstbucker #2 in the neck and a Burstbucker #3 in the bridge to recreate The Beast’s unique chimey-to-throaty tone range. To take it all further, Gibson Custom accurately matches every nuance of the finish aging and playing wear found on the original, with the result that the final guitars have been thoroughly approved by Bernie himself for adherence to the original’s look, feel, and tone.