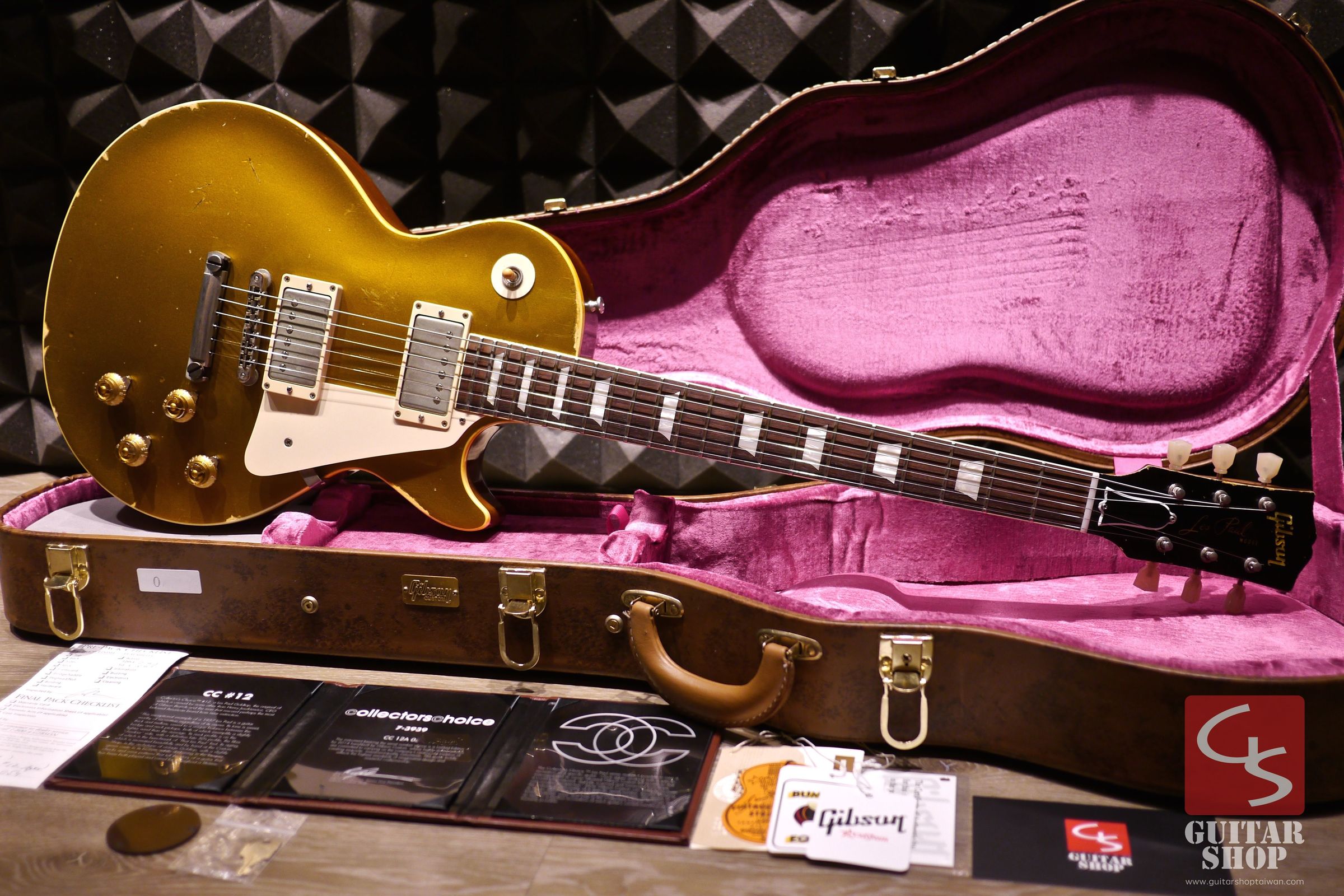 2014 Gibson Custom Shop 1957 Collector's Choice CC#12 Goldtop Aged, limited run of 300, very rare! This original 1957 Goldtop is owned by CEO of Gibson Brands-Henry Juszkiewicz. Guitar is in excellent condition. The frets has been changed from the thin un playable '57 frets that originally came with the guitar to 59 les paul frets, played and sounds much much better! Don't miss it, you will have a hard time finding a killer top '59 reissue, add this great guitar to your collection, it will only go up in value.

Gibson Custom’s Collector’s Choice series recreates specific vintage Les Pauls held in notable collections to provide players around the world the opportunity to experience the precise look, feel, and tone of some of the rarest guitars in history. All Les Pauls selected for the series are extremely special, but Collector’s Choice #12 has a special place in our hearts because the original 1957 Goldtop is owned by none other than Henry Juszkiewicz, CEO of Gibson Brands and the man who rescued perhaps the most beloved American guitar maker from near extinction. Regardless of its owner, however, this sublime ’57 Les Paul is an outstanding example of its breed and a guitar worthy of recreation by any measure. With a sweet, thick, mellow tone--the epitome of the irresistible “gently aged Goldtop” look--and a slightly “cheeky,” rounded neck profile that nails every guitar fan’s dream of the perfect ’50s playing feel, it’s a Les Paul that will take player and collector straight to that hallowed year and most prized rendition of the Les Paul Goldtop.

The Collector’s Choice™ #12 1957 Les Paul Goldtop has been crafted based on unrestricted hands-on analysis of the original guitar, and with the full cooperation of its current owner (…well, his office is just down the hall). The guitar’s two Custom Bucker S pickups have been recreated to the exact specs and materials of the original PAFs in Mr. Juszkiewicz’s guitar, and exhibit a slightly lighter wind than average, resulting in outstanding definition and clarity, yet plenty of thickness and body. Its archetypal Goldtop finish has that characteristic slight greening caste within its bronze and subtle darkening in the lacquer checks and wear patterns, with hand aging by Gibson Custom to precisely match the look of #7-3939 as it stands today.