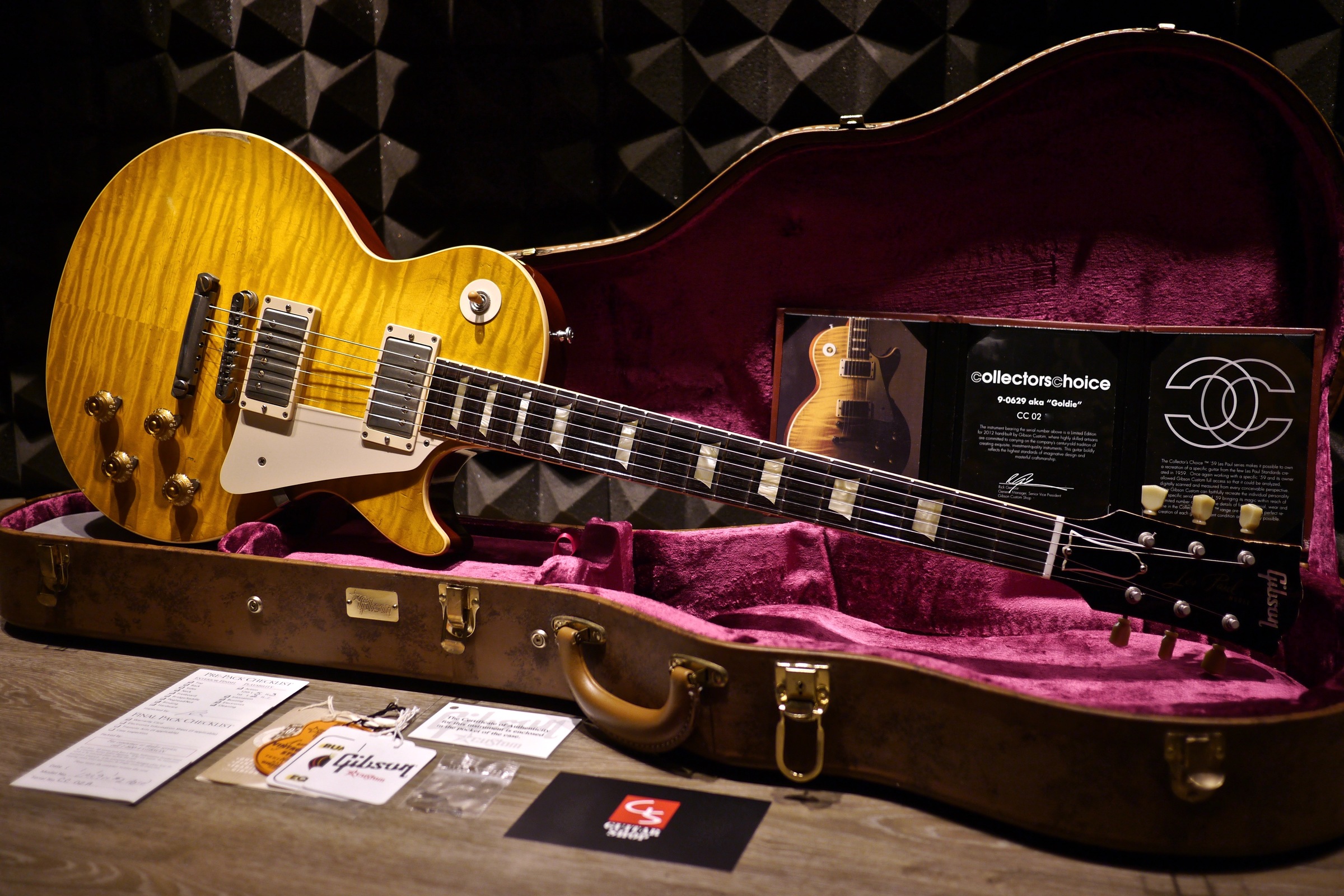 2010 Gibson Custom Shop 1959 Collector's Choice CC#2 "Goldie" Tom Murphy Aged. Guitar is in mint condition. Don't miss it, add this great guitar to your collection, it will only go up in value.

Each of a strictly limited number of examples will include a Custom Shop hardshell case, Certificate of Authenticity, and Gibson Custom's Limited Lifetime Warranty and 24/7/365 Customer Service.