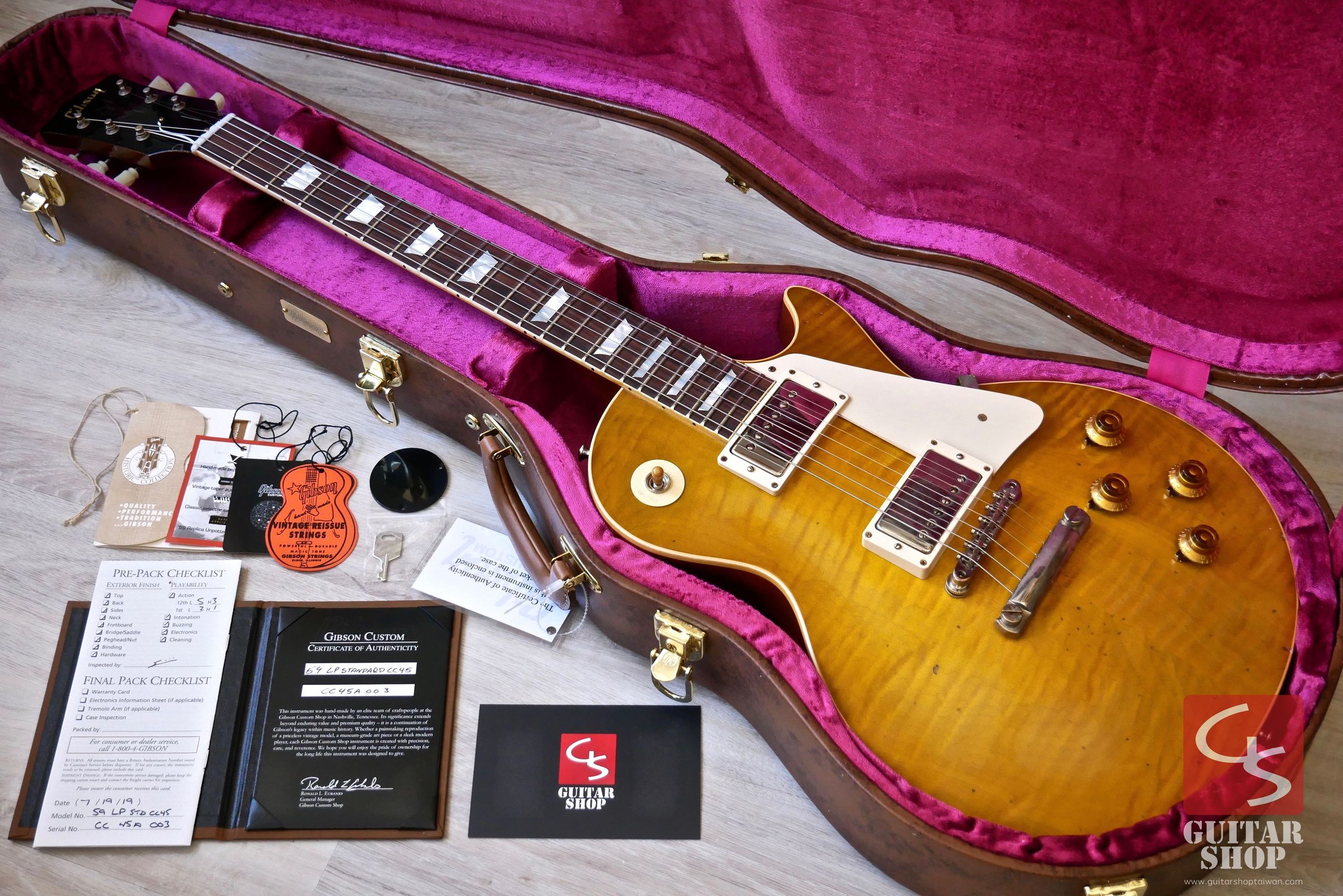 Here is a special version from Gibson Custom factory, CC#45 serial number 003 of 300, which was kept in the factory and came out until this year, so the date is 2019 on the checklist. Low serial number, no doubt its relic work is best than other one, looks vintage and sounds great!

"I was looking for a beautiful '59 with great tone. When I first picked up "Danger 'Burst", it felt alive, like it wanted to play itself. It only took a few seconds to know that this was the guitar I'd been searching for."-Anonymous Owner of Original Serial #9 0676

If you put the Original 1959 Ser #9 0676 in a glass case in a gallery surrounded by fine works of art, it would look completely in place. Its Lemonburst finish reveals a thick, ribbony flame that runs from top to bottom, interrupted only by a "bald spot" beneath the treble side of the tailpiece; a birth mark complementing a thing of rare and undeniable beauty. There's no arguing that this is one intensely attractive Les Paul. But she wasn't made to sit in a case. Like all great guitars, she was made to be played. And it was her tone that won over her current owner. Within a few seconds, he knew this was the guitar for him. One strum on one of its Collector's Choice counterparts and we believe you'll experience that same, immediate and intense attraction. Collector's Choice #45, a detailed replica of original 1959 Les Paul Standard #9 0676, exhibits all the rugged, well-played beauty and tone of a masterpiece built by Gibson over 50 years ago then owned and played in Europe for 40 years until finding its way back to the USA, where an anonymous collector fell in love and made it his own. To this day, it's played, as it should be, on regular gigs throughout the year."